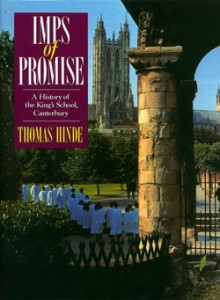 A King’s School Bibliography (1999) lists books about the School, both fact and fiction, as well as the published works of over 400 OKS authors. Since 1999, over three hundred more authors have been added in a supplement.

The School features in autobiographies and also in a variety of works by former pupils and other writers. See: Memories of King’s.