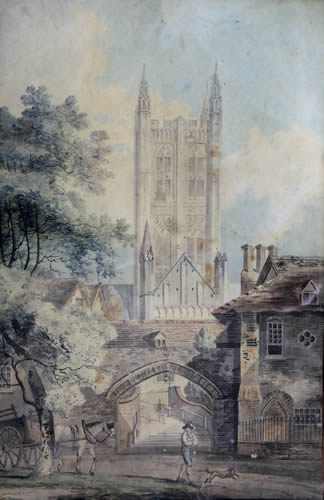 Lardergate 1794 in a watercolour by Robert Nixon

Lardergate is on the Cathedral side of the Green Court. The gateway, as seen in the accompanying illustration, led to a staircase into the Cathedral. It was rebuilt after serious bomb damage during the Second World War. (The arms of Australia and of the King’s School, Parramatta, unveiled in 1951, commemorate the many links between Canterbury and Australia.)

On the left is the Admissions Office and through the archway and to the right are offices. Upstairs the classrooms are now used by the History Department.