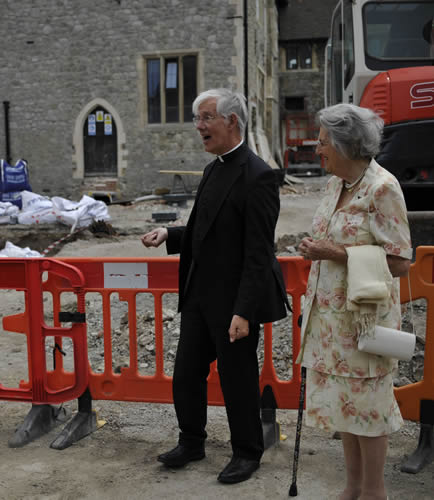 The Dean and Lady Kingsdown at Kingsdown House 2015

Kingsdown House opened as a girls’ boarding house in 2015, initially for just Removes and the Sixth Form, and became a full 13-18 house in 2016. It is named after Rosemary, Lady Kingsdown, a former School Governor.

William Butterfield’s new National School in Broad Street was opened in 1849. Butterfield had been working on the St Augustine’s Missionary College and its influence on the new school building is obvious. The primary school was later known as the Diocesan & Payne Smith School, which finally closed in 2012.