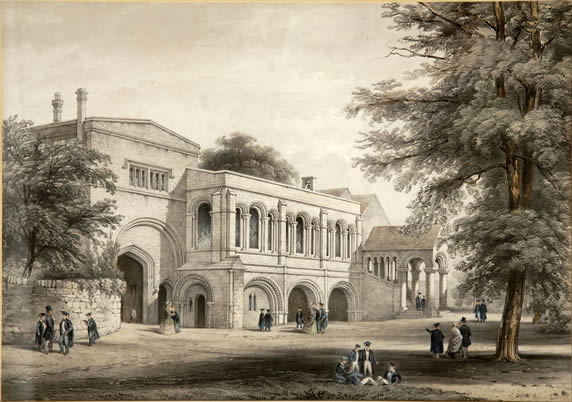 Above the original Norman arches and accessed via the Norman Staircase, is the Schoolroom, built in the 1850s. The architect was Harry George Austin OKS, the Surveyor to the Dean and Chapter.

In 1938 the building became the School Library, which it remained until 1989. Since then it has been used for a variety of functions by staff and pupils.