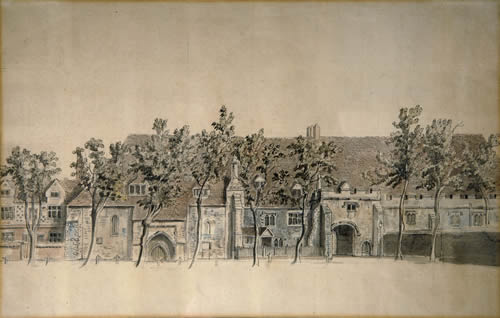 Francis Grose, The Fallings in the Green Court 1777

The Priory block was originally built around 1100 as part of the medieval priory buildings, especially the brewery and bakehouse. In the later 19th century it was used as a school house for the Cathedral choristers. The King’s School took over the building in 1936.

During the latter stages of the Second World War, when the School was evacuated to Cornwall, the Royal Artillery used the building. The Operations Room for tracking V2 rockets was in what are now classrooms P2 and P2a.

The block is now mainly used for classrooms as well as the Academic Office and the Common Room.