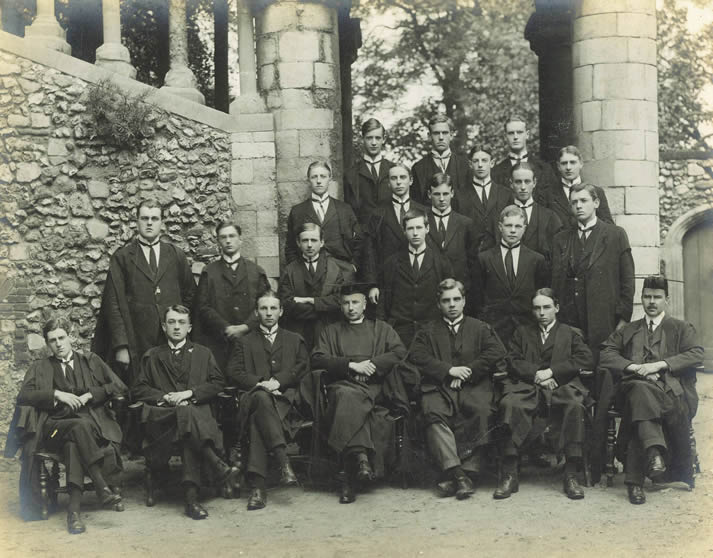 Charles Pullan, who entered the Sixth Form in 1912 and left in July 1913, described it in his memoir Schola Mea, published in 1916.

The Sixth Form are a great body. It is most instructive to sit up in the Sixth Form Room, and, while you plough your turgid way through the authors, which an obdurate examining body at Oxford demand that you should know before you enter the sacred gates, hear a Classical master of erudite learning discuss with a few of his disciples, the question as to whether Phyllide or Glycera, or any other member of the Roman beauty chorus whom Horace admitted, were wont to wear a fillet or not when they called to see him.