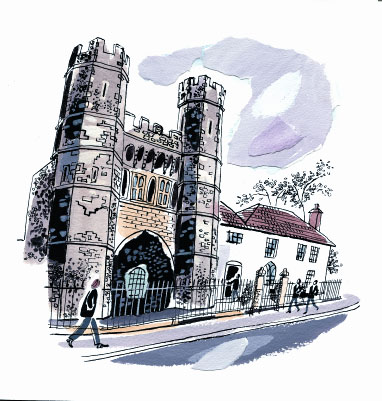 The gateway was built in the fourteenth century, and the main part of the house in the eighteenth and nineteenth centuries. Next to the house is the route of the original Roman road into Canterbury, and the first Kent and Canterbury Hospital was at the end of the garden. Bailey House had been part of the former St Augustine’s College and is named after Henry Bailey, who was the second Warden of the College from 1850 to 1878. His portrait is in the Refectory.