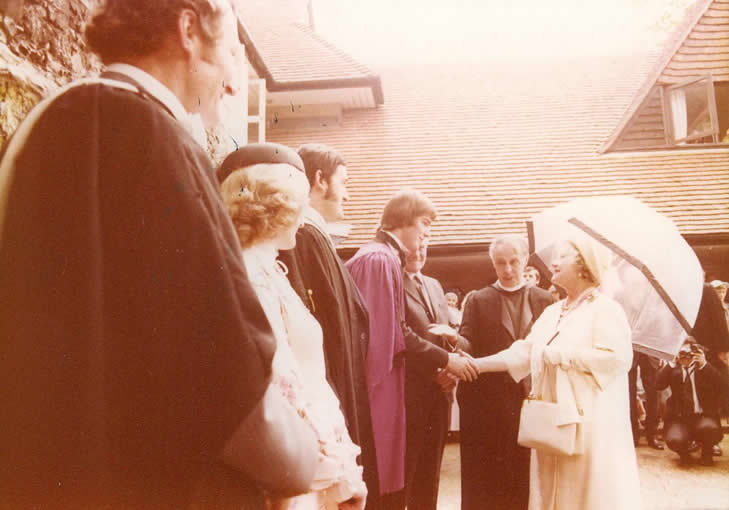 Luxmoore opened by the Queen Mother 1981

Luxmoore House, set between Linacre and Meister Omers, is now a girls’ boarding house. The award-winning building, by architects Maguire and Murray, incorporates the surviving ruin of the medieval Great Chamber. It was opened by the Queen Mother in 1981. It was originally a boys’ house, replacing the house on the New Dover Road.

Luxmoore was founded in 1945 when it was in 75 New Dover Road (previously Langley House) and it included the neighbouring Combe House (no. 73) from 1953. It moved into the new building in the Precincts in 1980 and girls were attached to the house from 1981. Luxmoore became the second girls’ boarding house in 1991.