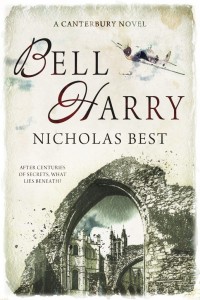 His many books include history and fiction. Bell Harry, A Canterbury Novel, published in 2019, combines both these interests and is a series of tales about visitors to Canterbury over the centuries.

The framing story concerns the discovery of Becket-related treasure in the aftermath of the 1942 bombing of the city. In addition to Becket, several monarchs, Wat Tyler and Geoffrey Chaucer, Christopher Marlowe and Charles Dickens, Jane Austen and Mozart all appear in fictionalised versions of real events.

The School features incidentally in several of the stories, but this book is mainly about the Cathedral and its Precinct.