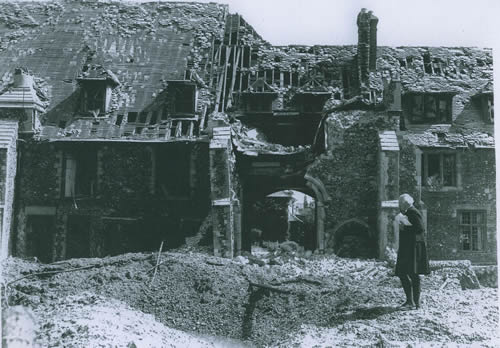 The Forrens archway after the bombing of 1942

The area through the archway is known as the Forrens.

It contained stables for the medieval priory. Cottages were built here in the 1920s. The building to the right of the archway was a granary. It is now a Canon’s house.

The Forrens archway was badly damaged in the 1942 bombing.

The rooms in the Priory block accessible from the Forrens were used as a boarding house, known as The Forrens, from 1949 to 1952.