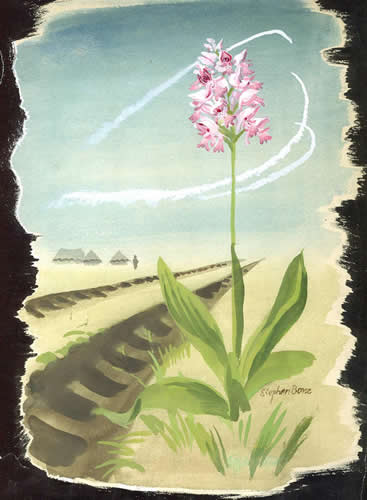 Jocelyn Brooke (1922) had a very brief career at the School, as he recalled in The Military Orchid, the first volume of his ‘autobiographical’ trilogy, continuing with A Mine of Serpents and The Goose Cathedral. “This book is not, strictly, an autobiography,” Brooke explained in an ‘author’s note’, “and the author has taken a novelist’s liberties both with persons and institutions.”

On his schooldays he wrote: “King’s School, Canterbury, was my father’s choice. I stayed there a week before I ran away; I was sent back, and at the end of another week, ran away again. Thus my Public School career lasted a fortnight, which may, for all I know, constitute a record… The worst I had to fear from the War was that it would be as bad as going back to King’s School again; but it never was.” Brooke also wrote, but did not publish, a ‘straight’ autobiography.