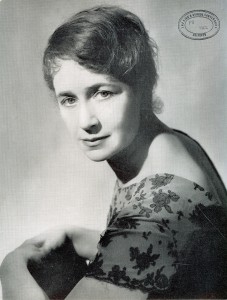 King’s Week 1962 concluded Headmaster John Shirley’s final term. Major events were held in the Great Hall, about to be named after him.

Musical items and visiting performers dominated. Unusually, there was no main play in this year.

Popular figures from the world of theatre, radio, cinema and records were an obvious King’s Week draw. Joyce Grenfell qualified on all counts, with a programme of her monologues and songs. Sadler’s Wells Opera Company performed Donizetti’s Don Pasquale. The Edinburgh String Quartet included OKS Miles Baster, who had been a soloist while a boy in the first King’s Week.  Dame Peggy Ashcroft’s programme (illustrated) was entitled Some Words on Women and Some Women’s Words: tickets 7/6, 5/- and 3/6.