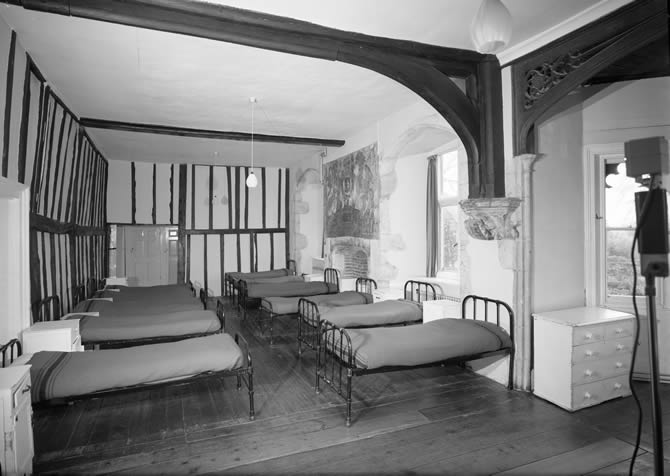 Meister Omers, popularly known as MO, is a boys’ boarding house. It was built in the fifteenth century by Cardinal Beaufort and has one of the widest fireplaces in England. Edward IV held a Parliament here in 1470. Cardinal Coligny is said to have died here in suspicious circumstances in 1568, and the arms of Queen Elizabeth, originally in an upstairs dormitory but now in the hall, probably mark her visit in 1573.