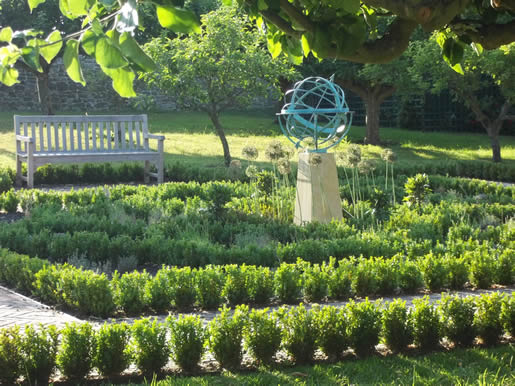 The Cellarer’s Garden is at the east end of the St Augustine’s site.

A new Tradescant Garden has been created as a memorial to former pupil HP ‘Tony’ Wortham. This is in the form of a knot garden, designed and constructed by Iain Bentley and Mark Collins, with Francis Pellett. It was formally opened in July 2011.