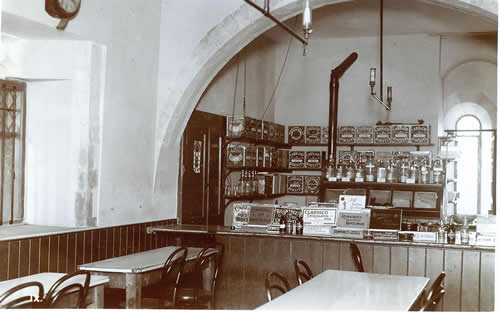 The Memorial Chapel was dedicated in 1936. It was originally part of the undercroft of the medieval lodgings for pilgrims.  This bay was later filled in and became a Porter’s Lodge, a classroom, and the School tuck shop. Formerly entered from under the Green Court arch, it is now accessed from the undercroft.

Inside are memorials to King’s pupils who died young – some while still at School. There are also stained glass windows to two saints educated at Canterbury – St Aldhelm and St John of Beverley – and to two King’s School benefactors – Cardinal Pole and Archbishop Matthew Parker.