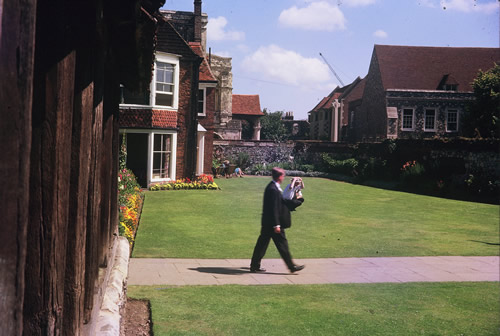 Lattergate was originally built in the sixteenth century. For many years it was the office of the Cathedral Seneschal. It was acquired for the School in 1924 by Headmaster Algernon Latter, after whom it is named.

It was used for classrooms, masters’ accommodation, a music room, a day boys’ hall and changing rooms, but in 1937 it became a boarding house. It now accommodates offices for  the Headmaster and others, as well as classrooms.