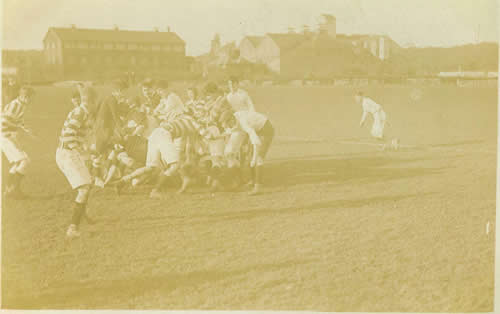 Rugby on Blore’s 1908, with the Malthouse in the background

Rugby was played here, with the 1st XV using the field until after the Second World War. In the summer it was a cricket ground with the 1st XI playing here until 1935. There were also squash courts, a rifle range and an outdoor swimming pool.

An artificial hockey pitch, used as tennis courts in the summer, was available from 1983.

The Recreation Centre was opened in 1990.